It is with great sadness that we write to you today.

As the world faces its most pressing refugee crisis since the Second World War – with hundreds of thousands fleeing deadly conflicts and oppressive regimes across Africa and the Middle East – the announcement that Britain will not support any future search and rescue operations to prevent migrants and refugees drowning in the Mediterranean has shocked us.

Many in the Jewish community come from families who themselves had to escape persecution and find safety as refugees in the UK and elsewhere. We appreciate that saving refugees’ lives is not a job for Britain alone. So we call on the Government to work with the rest of Europe to ensure that no asylum seekers are left to drown in the Mediterranean and to organise safe routes for these people to find shelter and security.

We have signed as QARN 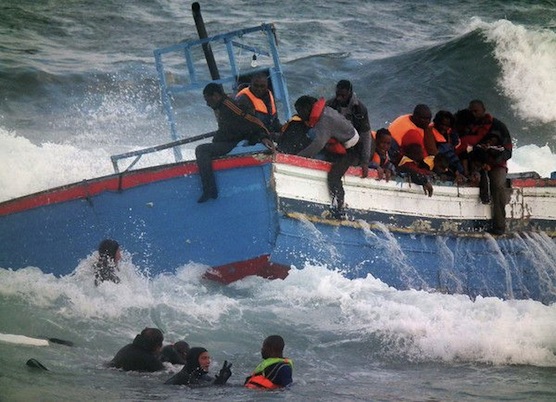 Migrants’ boats heading to Europe often get into danger at sea.  At least 1,500 people are known to have died attempting to cross the Mediterranean in 2011. Some of these deaths could have been prevented. The desire of some European countries to prevent irregular migration (people who do not have permission to live and work in these countries) has undermined safe and timely rescue at sea.

Desperate men, women and children have been left at sea for days while countries argue about where they should be taken. In some cases, people died on these boats while distress calls went unanswered.