Every year, thousands of children come from all over the world to Britain seeking refuge from persecution, terrorism and war. But many arrive to find this country is not the place of safety that they hoped. Instead they are met by a culture of disbelief and an asylum system that in some cases causes them profound psychological and physical harm.

Through the stories of a 10-year-old Iranian boy, a 16-year-old Afghan and a 22-year-old Ugandan woman, Dispatches explores the experiences of young people who have been brutalized by the British asylum system. This is the story of the kids Britain doesn’t want.

Watch the programme here: http://www.channel4.com/programmes/dispatches/4od#3144505
then read below 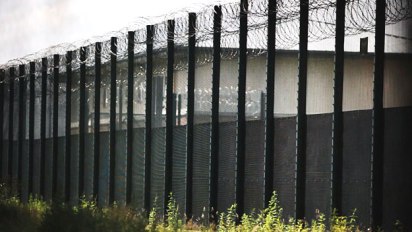 The Right of Reply Response from the Home Office.

Dispatches asked the Home Office to reply to a series of questions about the cases featured in The Kids Britain Doesn’t Want. This is the Home Office’s response.

1) Channel 4 Dispatches:
What do you say to the suggestion that the heavy handed way your officers or their contractors behave when dealing with asylum-seeking families can and does result in serious mental harm being occasioned to minors who are seized and detained?

Home Office:
We do not accept that our staff are heavy-handed when dealing with asylum-seeking families.

Asylum case-owners are trained to treat all asylum applicants with sensitivity and compassion and to identify vulnerable individuals in a wide variety of circumstances. We provide detailed guidance and training for asylum case-owners on how to deal with vulnerable people, including victims of torture, and unaccompanied minors.

2) Channel 4 Dispatches:
Can you explain why it is appropriate for several UK Border Agency officers (or their contractors), armed with extendable batons, handcuffs and stab-vests, to enter homes at dawn where asylum-seeking families are living peacefully, in order to arrest and detain them?

Home Office:
Our intention is to encourage families to leave under their own steam or to cooperate with the arrangements which the UK Border Agency puts in place for them. Our highly trained staff seek every opportunity to persuade people to voluntarily comply with their departure. However, where failed asylum seekers refuse to leave the UK, an enforced return is the only option left.

Evidence has shown that our officers require personal protective equipment, not only to protect those who they are seeking to remove, but also to protect themselves. The aim is always to persuade individuals to voluntarily comply with their removal.

Many factors are considered when planning a visit, including the appropriate time of day, how many officers may be needed, as well as what needs to be in place to protect the welfare of children.

As a matter of last resort, our staff are allowed to use the minimum amount of force necessary to ensure they leave the UK. This is carefully monitored and scrutinised to ensure that any use of restraint is justified and proportionate, not just by UK Border Agency monitors, but also by Independent Monitoring Boards, the Chief Inspector of Prisons and the Prisons and Probation Ombudsman.

3) Channel 4 Dispatches:
Can you explain why it is appropriate for UK Border Agency officers (or their contractors) to physically separate family members during the removal/detention process?

Home Office:
All enforcement visits are undertaken with extreme care; particularly so in the case of families with children. The aim is always to persuade individuals to voluntarily comply with their removal.

As part of any visit to remove a person from the UK a full risk assessment is conducted to ensure that the visit will be undertaken with the welfare of the family in mind. Wherever possible our aim is to keep the family together for their removal. Any separation would need to be justified and approved before any action is taken.

In very exceptional circumstances, immigration staff may separate a family to transport them for removal without prior authority. This is only where it is in the best interests of the child to do so; such as a family member threatening the child harm.

4) Channel 4 Dispatches:
One of the families interviewed for the programme alleges that the family was transported in a vehicle with caged sections. Is this form of transportation still used, and if so why?

When contracted escorts transfer families they do not use caged vehicles.

5) Channel 4 Dispatches:
So far this year, the Refugee Council has established that 27 children have been mistakenly assessed as adults and as a consequence have been detained by the UK Border Agency in adult prisons or detention centres.
a) What do you say about this?
b) What steps have you put in place to prevent such mistaken assessments affecting the work of the UK Border Agency going forward?

Home Office:
We are unable to verify the statistics produced by the Refugee Council.

Assessing age is a difficult issue but it is important to establish an individual’s age so they receive the correct level of care and support. We need to be sure we are correctly supporting the individual according to their needs, but also protecting children from adults who pose as minors. If we are unsure of an applicant’s age, we will give them the benefit of the doubt and treat them as a child until a local authority age assessment and all evidence has been considered.

We will only treat an age-disputed applicant as an adult if their physical appearance / demeanour very strongly suggest they are significantly over 18, there is clear and credible documentary evidence showing they are over 18, or a local authority age assessment has been completed stating they are over 18.

c) What compensation or redress or other assistance has been provided to those who were wrongfully detained?

Home Office:
We seek to ensure that powers to detain are exercised reasonably and lawfully, while maintaining effective immigration control and protecting the public from harm.

Detention is kept to the shortest time possible and every detention decision is made on a case by case basis and regularly reviewed. Detainees also have the option of applying to an immigration judge for bail who will independently consider whether detention is appropriate.

6) Channel 4 Dispatches:
Mohibullah Alakozai was twice detained by the UK Border Agency in contravention of a Court Order issued on 28 June 2010, obtained by Messrs Bennett Wilkins Solicitors (stating that SSHD should take no steps to remove him pending the outcome of the London Borough of Croydon Age Assessment):
a) Can you please explain why it was thought that the Court Order could be ignored?

Home Office:
Mohibullah Alakozai has been age assessed as an adult.

He was initially assessed as an adult, and was detained pending removal from the United Kingdom. Whilst detained, the Claimant put forward evidence that purported to show that he was a child and lodged an application for Judicial Review against the decision to treat the Claimant as an adult.

The court did not make a direct order to the UK Border Agency not to remove or detain the Claimant.

The terms of the consent order were that the UK Border Agency would not detain or remove the claimant before a further age assessment was conducted by Croydon Local Authority. Mr Alakozai was detained in error on 21 July, but released on 22 July following correspondence with his solicitors.

The second period of detention on 24 August was not in breach of any order. The age assessment referred to was concluded on 29 July 2010, finding that the individual was an adult. His detention was entirely in accordance with published procedures.

In the course of correspondence with Mr Alakozai’s solicitors, it became clear that they had not been informed of the findings of Croydon Local Authority. We therefore decided not to continue with the planned detention in order that the age assessment could be properly communicated. Mr Alakozai was released on the same day.

b) Can you tell us how many other asylum-seekers have obtained Court Orders similar to that obtained by Mohibullah Alakozai?

c) Of those identified in response to (b), has the UK Border Agency respected the orders so obtained or have there been other instances where unlawful detention has occurred? Where there have been further instances, please explain the reasons, in each case, for violation of the Court Order.

David Wood, Strategic Director of Criminality and Detention at the UK Border Agency, made the following statement:

‘This Government is committed to ending the detention of children for immigration purposes and is working with number of charities representing children and asylum seekers to achieve this end. We are currently piloting alternative schemes in London and the North-West.

Making decisions on asylum applications is a complex and difficult job and our staff taking those decisions and working directly with families are trained to safeguard and protect the wellbeing of children and adults in their care. We do not accept that individuals are treated in a heavy-handed manner and an independent report by Baroness Nuala O’Loan in March this year found no evidence to support this allegation.

The United Nations High Commissioner for Refugees has praised the system that the UK Border Agency uses to assess the quality of asylum decision making. The Agency has been asked to share its approach with European and international partners.’