Write to your MEP: Between January and September 2015 an estimated 2,400 people have drowned in the Mediterranean whilst trying to reach Europe.

We CAN choose loving and effective responses

A tiny proportion of the world’s people have no choice but to flee oppression and war. We have seen many die and many more face mistreatment and violence. If our governments used the European institutions for what they are really for, they could solve this problem through cooperation.

Instead, governments of every EU country have unanimously agreed upon a military operation, called EUNAVFOR MED, the aim of which is to prevent people from arriving in Europe by boat. This operation is currently in phase 1. This phase involves gathering information on people smuggling in the Mediterranean, and already includes the UK’s HMS Enterprise. 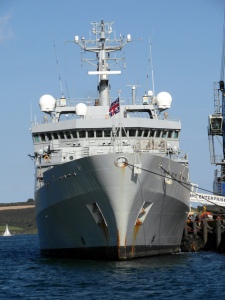 Planning has begun for phase 2 (boarding boats at sea) and phase 3 (destroying boats). If the operation succeeds in reducing the number of boats crossing the Mediterranean, this will put the lives of refugees at further risk by forcing them to remain in countries where they are not safe.

From Brussels, QCEA Project Officer Tim Harman will be undertaking specific advocacy to try to persuade the EU to halt the operation, and to use peaceful alternatives. You can read more about the QCEA position in the August-September issue of our newsletter, Around Europe. EU national governments spend half a billion euro per day on so-called ‘defence’ — whilst actually it is investment in peacebuilding, human rights, and sustainable development that will make the world safer.

In November 2014 a group of organisations including the Jesuit Refugee Service, the Churches’ Commission for Migrants in Europe, and QCEA published a proposal for a set of specific mechanisms that if implemented would provide more safe ways for people fleeing conflict or oppression to travel to Europe. Whilst this proposal would not solve every aspect of the problem, it would help to save lives. One element of this proposal is to expand the use of humanitarian visas.

Humanitarian visas do not give a person the right to stay in a European country permanently, nor do they automatically recognise refugee status. The humanitarian visa is issued at an EU embassy or consulate in a third country, such as Tunisia or Turkey. At present people are paying criminal networks large sums to travel to Europe. With humanitarian visas they could instead travel safely. If governments wish to, they could later refuse a person’s asylum application, and return them to their country of origin. A similar system already operates in Switzerland, where a humanitarian visa lasts for 90 days. If a higher proportion of people obtained a humanitarian visa, such a system might allow EU governments to manage their arrival more effectively.

We CAN engage with European decision-making

Two important sets of discussions will take place on Monday 14 September. Interior ministers from each of the 28 member states will be holding an emergency meeting on migration. 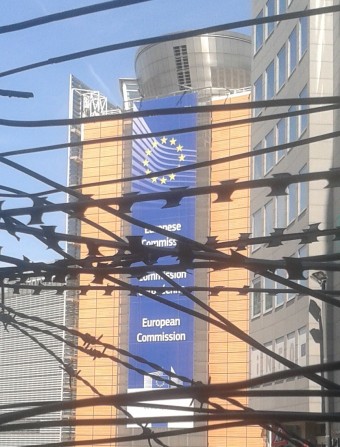 As government ministers are concerned about the public reaction to decisions to welcome more refugees, we must show our governments what we expect from them. Both political campaigning and direct support for refugees by civic groups will put pressure on government ministers to follow their own moral compass.

On the same day the European Parliament’s Civil Liberties, Justice and Home Affairs committee will meet to discuss its position on the EU Visa Code. This code sets the procedures and conditions for issuing short stay visas in theSchengen zone. New legislation is currently being prepared that will reform the EU’s Visa Code.

QCEA has heard from a MEP’s office this week that there have been very few letters or emails expressing compassion for refugees. MEPs’ contact details can be found on the European Parliament’s website.

Email your councillors, MP and NEP through this website also: https://www.writetothem.com/

This is a complex issue that has many more aspects than are addressed above. We have heard about the absence of material help at Europe’s borders, and about the treatment of people by European police and border officials. Following QCEA’s recent research on the ‘invisible’ problem of hate crime in Europe, we know we must all open our eyes to how people are treated within our local communities.

QCEA is aware that this issue is being discussed within peace groups, within faith and interfaith organisations, and in many more places across Europe. We will now need to take action to show our governments what kind of Europe we want to live in.

** We have been asked to add the following link to the Schengen Visa website: https://www.schengenvisainfo. com/schengen-visa-countries- list/

Credit: Erfan Alaei – the painting illustrates his fears, hopes and concerns. He has experience of the UK asylum system